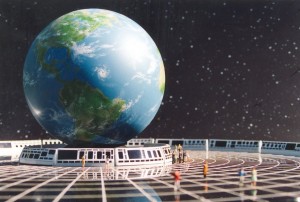 Critique of a “Resource Based Economy”, The Venus Project, and The Zeitgeist Movement from a the perspective of a Libertarian Municipalist who is for Post Scarcity Economics

Due to a lack of directly democratic political theory, TVP/TZM lacked a directly democratic structure. It had a structure of volunteer work, and the equivalent of a confederal council of admins. The confederal councils were not appropriately delegated from the bottom up. To this day there is no directly democratic body to delegate such power. Policy decisions are not made at the lowest levels within a platform(or agreed upon principles), instead there is nothing but a platform, volunteer work, DIY projects, and a confederal council. TZM/TVP focus on educational tactics. Many people will critique education in and of itself as a tactic rather than the content of TVP/TZM’s education (critique of the actual theory rather than the theory of spreading theory). Many people in “radical” communities will be against education. I have had many post rational anarchists tell me how “theory is not radical” regardless of the content of the theory. I find this to be an error in their thinking through creating a false dichotomy between theory and practice. However, if there is nothing but educational projects without any political process for both means and ends, then there are no material changes directly part of the organization. The only material changes will be indirect through inspiration.
TVP/TZM rely on an educational reductionism. The content they put out, outside of the lack of political systems, is useful. Information on human cognition/behavior, flaws of markets/states, the alternative of a post scarcity economy are all sound ideas. A post-scarcity group should be a dual power (or strive to create a dual power) created to decenter power while meeting needs, and building the very institutions that can exist during and after a transition from hierarchical to non hierarchical systems. This process would be demonstrative and educational for those involved and those not involved. Even if TVP/TZM would have failed at creating a directly democratic structure within communities, they could have at least created a microcosm of what a directly democratic structure would look like within the movement (and they could have helped be educational platforms for spreading such constitutional directly democratic politics).